Renewable energy can be deploy in off-grid systems, on-grid system or even hybrid of off-grid and on-grid. Usage of renewal energy for power generation through solar energy is growing steadily in both developed and developing countries, but there are only limited data available on their scope and extent. With declining costs and increasing performance for small hydro installations, solar photovoltaics (PV) and wind turbines, as well as declining costs and technological improvements in electricity storage and control systems, off-grid renewable energy systems could become an important growth market for the future deployment of renewables.

Each type has very specific capabilities and limitations. All PV systems consist of one or more modules which produce DC power.  It is what is done with this power after it is produced that determines the type of system. 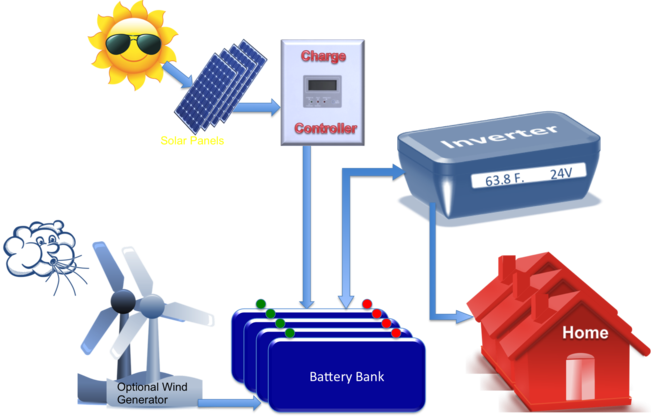 Modules, charge controller, batteries, and may or may not have an inverter which converts DC power to A/c power. Going off-grid is possible and practical in many cases, and the experience of thousands of early RE pioneers and recent off-gridders confirms that. But many people who toss out the phrase have a fairly romantic idea floating in their minds. They imagine having no utility bill, and energy and life being free and easy. The reality is that most utilities supply electricity at a modest cost, and if you take on their job, you have to play all the roles that the utility plays.

Identifying your motivation for going off-grid can clarify your goals and help you understand if the reality will please you. Your specific goals may affect whether going off-grid makes the most sense, and they also may affect the type of system you design and how you live with it. Common off-grid motivations include, 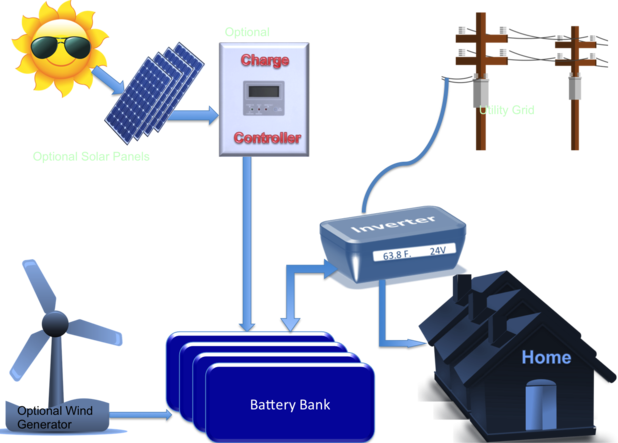 Modules, and inverter connected to the power grid. A grid-connected renewable energy mini-grid includes a locally available energy source (e.g. solar radiation or a flowing river), a device for converting this energy into AC electrical power, a distribution network, and a point of common coupling where the customer-owned equipment interfaces with the electric utility’s distribution system. In mini-grids, three types of devices create alternating current (AC) synchronous generators, induction (also called asynchronous) generators, and inverters. While synchronous and induction generators directly produce AC power, the role of inverters is to convert DC power from devices such as photovoltaic solar modules into AC. Emphasis on opportunities to save costs wherever possible while maintaining safety and reliability.

A grid-connection will allow you to more money with solar panels through better efficiency rates, net metering,  plus lower equipment and installation costs: 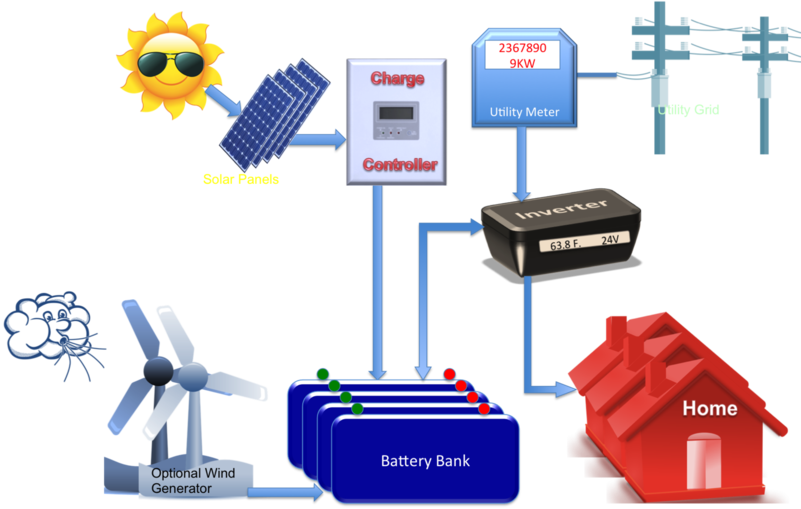 Modules, grid-tie inverter, and batteries for storage when the grid is unavailable. Systems can be installed on roofs, ground racks, pole mounts, or on racks which track the Sun. This is very common and in use method.